Barbara Diamond at littlethings.com wrote a story recently about a 12-year-old girl who has cancer and how UCLA’s Sigma Alpha Epsilon fraternity befriended her in an amazing way.

Lexi Brown, 12, was in a room at the Mattel Children’s Hospital at UCLA that happened to be directly across the street from the SAE frat house. When Lexi and her mom hung a sign in the room’s window asking for pizza delivery, they could never have imagined the response they would get from the young 20-year-olds living at the fraternity.

Read the story at littlethings.com.

Joe Anderson has a dream, and he has been relentless in trying to follow it. He is a wide receiver who went undrafted out of Texas Southern University in 2012 but was able to catch on for a little while over the past few years with the Chicago Bears and Philadelphia Eagles. But he’s now a free agent, unsigned, and he wants a job badly. His old wide receiver job. So he went to the Houston Texans’ facility with a cardboard sign that read, “Not homeless … but STARVING for success. Will run routes 4 food.”

He posted a photo of himself (top) on Instagram, and it got picked up and went viral. It’s a great story, with many inspiring elements as told by SB Nation:

Joe Anderson Is Following a Dream, and It Took Him to the Texans’ Doorstep

So many stories coming of heroic people rushing immediately towards the source of the devastating bomb blasts, disregarding their own safety, to help others.

A roundup of these kinds of stories can be found, of all places, on the UK’s The Telegraph website. 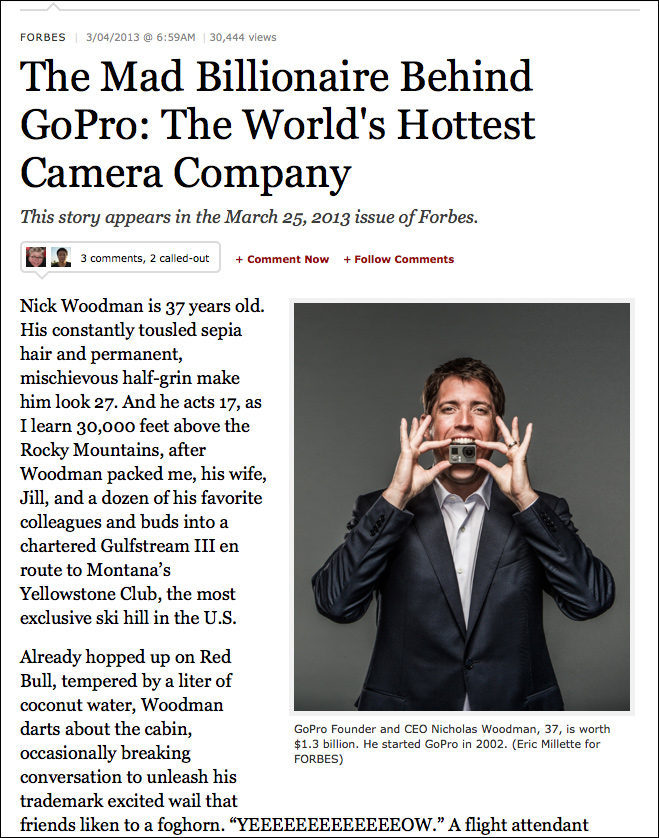 An inspiring business story from Forbes of the man behind the GoPro camera and how he became a billionaire by age 37: The Billionaire Behind GoPro: The World’s Hottest Camera Company.

The scoreboard reads, “Rick Monday … You made a great play …”

And he did. This deserves to be remembered: Rick Monday’s Greatest Play

The multi-million dollar business inspiration from a dying brother: The Story Behind RonWear. 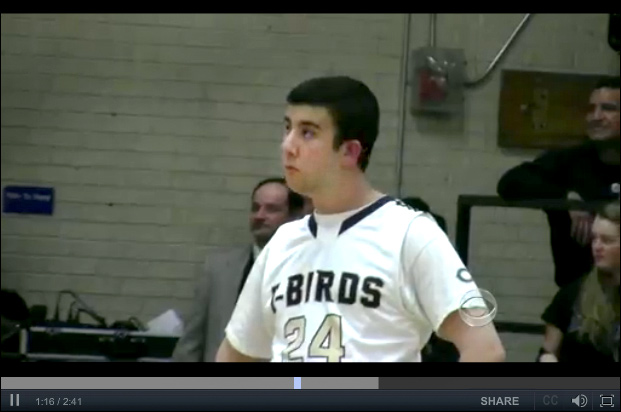 Often, the deepest, most moving form of inspiration is born out of tragedy. That is certainly the case in the story of Virginia Assistant Commonwealth’s Attorney Timothy Martin, who was 17 when he watched the man charged with his brother’s attempted murder and the murder of his brother’s girlfriend stand trial more than 17 years ago. Both victims were shot in the head. Martin’s brother survived, but the girlfriend did not.

Martin watched as prosecutor Learned Barry took command of the courtroom as he successfully sought conviction and a death sentence for the shooter. Martin got his law degree and sought out Barry as a mentor. Martin now prosecutes violent cases for the Richmond Commonwealth’s Attorney’s Office.

Read all the details of this story in the Richmond Times Dispatch: Trial inspired career in court.

You’ve probably seen the above video clip making the rounds on various TV news shows. We can’t ever get enough of these …
Young Girl Gets Surprise Birthday Present: Dad