We think doctors can at times be miracle workers. We don’t disparage them at all. But in Natalie’s case, her parents didn’t want the doctors to define Natalie’s outcome from a medical spinal cord issue by limiting her to their admonition that she never would walk again. Said Natalie’s mother:

“Doctors are not God. They are human just like all of us. They make mistakes and they cannot tell what the future holds. Don’t ever give up on yourself or your child.”

In this story from the Epoch Times, you’ll also find a compelling video of Natalie walking in a therapy session.

We’re almost at a loss for words after seeing this amazing story. Almost. Two words come immediately to mind, though” GO NATALIE!

Talk about inspiring. You’ve got to read this story: Hero Boy Who Saved Sister in Dog Attack Feels Face Scar Is ‘Something to Be Proud Of,’ Says Dad

Bridger Walker of Wyoming, who was just 6 years old at the time, jumped in front of a German Shepard in 2020 to protect his younger sister from being attacked. His act of bravery captured worldwide attention. His now famous quote from the incident: “If someone had to die, I thought it should be me.”

It left him with severe facial scars, which are being treated by New York City-based dermatologist Dr. Dhaval Bhanusali, who is providing his services free of charge. After multiple surgeries over the past year, Bridger’s face finally is getting back to normal. Read all about this brave young hero by clicking the link or photo above.

Check out Bridger’s “before” photo on Facebook: Bridger Walker, FB (just so you know, it’s a pretty gruesome injury)

In an emotional interview with NBC’s Mike Tirico, Olympic skier Lindsey Vonn opens up about the importance of her family and her source of inspiration — her grandfather. Vonn’s grandfather, Don Kildow, passed away in November 2017, after this interview was completed. Watch the video: Lindsey Vonn’s Inspiration

The multi-million dollar business inspiration from a dying brother: The Story Behind RonWear.

Often, the deepest, most moving form of inspiration is born out of tragedy. That is certainly the case in the story of Virginia Assistant Commonwealth’s Attorney Timothy Martin, who was 17 when he watched the man charged with his brother’s attempted murder and the murder of his brother’s girlfriend stand trial more than 17 years ago. Both victims were shot in the head. Martin’s brother survived, but the girlfriend did not.

Martin watched as prosecutor Learned Barry took command of the courtroom as he successfully sought conviction and a death sentence for the shooter. Martin got his law degree and sought out Barry as a mentor. Martin now prosecutes violent cases for the Richmond Commonwealth’s Attorney’s Office.

Read all the details of this story in the Richmond Times Dispatch: Trial inspired career in court.

You’ve probably seen the above video clip making the rounds on various TV news shows. We can’t ever get enough of these …
Young Girl Gets Surprise Birthday Present: Dad

Betty Ford, former First Lady and wife of late former President Gerald Ford died yesterday at the age of 93. She admitted a long-time addiction to alcohol and prescription pain-killers and her recovery from them led her to open the Betty Ford Center to help others similarly addicted. Read the full story.

Some quotes about her:

“She has been an inspiration to so many through her efforts to educate women about breast cancer and her wonderful work at the Betty Ford Center.”

“She was an authentic and genuine hero in the recovery world. … It’s sort of hard to imagine her absence on this earth.”

— Carl Sferrazza Anthony, former speechwriter for Nancy Reagan and author of
“First Ladies: The Saga of the Presidents’ Wives & Their Power” 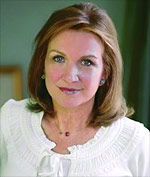 Elizabeth Edwards inspired others. There’s no question about that. In the wake of her death yesterday after a six-year battle with cancer, after all the stories about the struggles she faced in life have been told and retold, we’re left with the legacy of Elizabeth Edwards. It is one of inspiration, we believe.

In her life, lived very publicly, she had to endure the death of a child — her first-born, Wade, at 16, as a result of an auto accident. That alone is perhaps the most crushing blow anyone must endure in life. But that wasn’t the end of the challenges that came her way. She had to battle breast cancer, a battle she ultimately lost on Dec. 7, 2010. And she had to endure the enormous publicity and public embarrassment surrounding the news of her husband’s infidelity and the fact that he fathered a child with his mistress.

“She was an inspiration to all who knew her, and to those who felt they knew her,” said Vice President Joe Biden. And as the first line in a Palm Beach Post health section story notes that she was “Inspirational to the end.”

Elizabeth Edwards also has been described as steely and strong, ambitious and determined — interesting words; words that could take on a positive or negative connotation depending on the context. She was demeaned in the book, “Game Change,” written about the 2008 presidential campaign, as being less than pleasurable to deal with. But think about all that. Put yourself in her shoes for just a moment if you can. Think about the pain of losing a child; think about having to cope with a deadly disease on a daily basis; think about having the infidelity of your spouse revealed on one of the most public of stages. How would you behave? How would you react? How would you carry all that day after day? Any one of those three things impacting your life would be enough to send many to bed in a dark room where they would remain for months. Think about dealing with all three of those things.

Elizabeth Edwards kept going until she could continue no longer, in spite of all the pain, heartache and suffering she lived through. The line, “Inspirational to the end,” is an appropriate one.

It was 10 years ago, exactly, that Joe Beene’s world changed instantaneously. On Nov. 8, 2000, Joe was a 17-year-old, playing linebacker for his Permian High School football team in Odessa, Texas.

It was their final practice of the year before they were to meet their arch-rivals from across town, Odessa High School. Joe, a senior, made what seemed like a routine tackle. But the tackle was anything but routine. “I was tackling somebody, and my neck went back,” said Joe in a sort of matter-of-fact manner.

He remembers the time immediately after the tackle very well. “I stopped breathing. I was awake. I was wondering what was going on — you know, you can’t breathe.”

He knew something was wrong, but all he could do was lie there. “I couldn’t speak, but with my eyes I was saying, ‘Do something! Do something!’ I went without air for seven minutes. I should be dead or brain dead. But God kept me alive.”

Joe says he didn’t realize right away the seriousness of what had happened, “not until about three days later, after surgery. They fused C1 and C2 [vertebrae] together. I woke up after surgery and my dad told me what happened; I started crying — because I was thankful that God kept me alive and I wasn’t brain dead.”

What happened to Joe 10 years ago on that tackle left him paralyzed from the neck down. But what happened to Joe 10 years ago also turned his life on a path that led him closer to God and into a powerful relationship with Jesus. In the decade that’s gone by since his injury, he’s become an ordained minister, and he just got his degree this summer from the University of Texas of the Permian Basin, where he majored in history and minored in business.

But he wasn’t. What overwhelmed Joe wasn’t the devastating injury, “it was that God had kept me alive for that long; maybe he had given me another chance at life. I started crying because I was thankful for that.”

Joe takes a larger view of the accident that left him a quadriplegic: “Everyone goes through hard things. It’s not like I’m an exception to the rule.”

We wanted to know — did he have strong faith before the injury? His answer was END_OF_DOCUMENT_TOKEN_TO_BE_REPLACED

Great piece by Rich Cimini, of ESPNNewYork.com: The Source of Matt Slauson’s Strength. It’s a story about current New York Jets left guard Matt Slauson, and the inspiration he draws from his brothers. One is an Air Force captain who has a degree in astronautical engineering and flies jets; the other brother was born after suffering a prenatal brain injury. Nick and Chris are identical twins. To read all the details of this great story, go to: The Source of Matt Slauson’s Strength and find out about the surprising stories of all three brothers.